Congratulations to Maureen Joyce, whose outstanding contribution to cricket in Merrion and Leinster has been acknowledged by Cricket Leinster. Maureen was inducted into the Cricket Leinster Hall of fame at its Annual Awards Night on Friday. She is the first Merrion member to be so honoured. Cecelia Joyce collected the award on behalf of her mother. 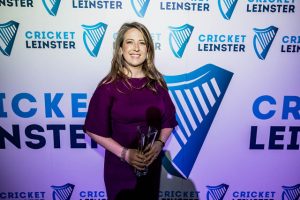 Another individual Merrion winner on the night was Amish Sidhu, who won the O’Grady Cup for Premier League Bowling. Amish is in India at the moment and the trophy was collected on his behalf by Naranjan  Shankar. 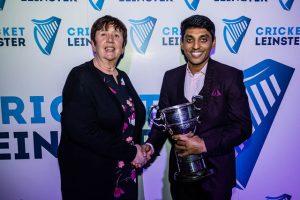 A third individual award, the Howard Cup, went to Leah Paul as the top women’s all-rounder of 2022 in Division 1. 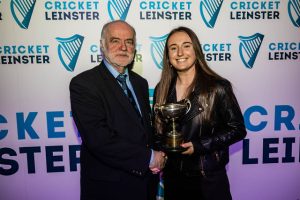 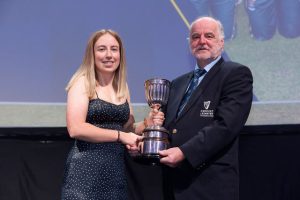 Over 360 persons attended the awards night including the Club Chairperson, Andrew Kay 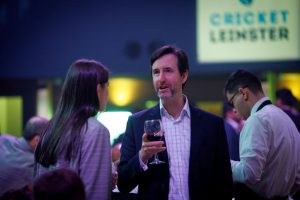