Technology plays a crucial role in every modern sport and cricket is no exception. Along with other technical aids, the Decision Review System (DRS) has become an integral part of today’s cricketing world. But, do you know when DRS was introduced and how it works? Knowing the science behind this will help us understand the game better and enrich our viewing experience.

Introduced in 2008, DRS is a technology-based system used in cricket to assist match officials in their decision-making. LBW was introduced in 1774 to prevent batsmen from fully covering and not offering shots to balls directed at the stumps. The LBW rule brought a considerable shift in the way batsmen played. But, there were two problems. The umpires could not accurately predict, if 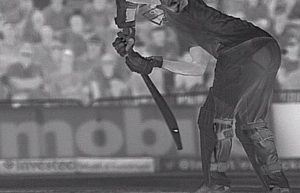 To solve the first problem, Hotspot technology was introduced. Hotspot uses Infrared Imaging (IR). The heat generated due to friction of the bat hitting the ball would reveal IR spots which help determine the impact. However, the hotspot accuracy decreases when the batsmen use scuff sheets on the bat. To overcome this, Snickometer is used. It compares the side-on view of the bat hitting the ball, along with the stump mic audio to determine if the ball has hit the bat. Ultra-edge is just the advanced version of Snickometer. 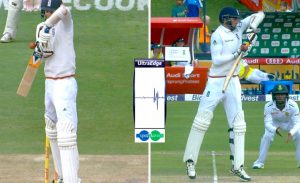 To solve the second problem of predicting the ball’s path, the Hawk-eye system was invented in 2001 to determine the trajectory of a ball. 6 Monochrome cameras, each at a 30-degree angle, are placed around the ground to get a full view of the ball. This is known as the triangulation method. Right from the moment the bowler releases the ball, the cameras capture 2D images at the rate of 300 frames per second (300 images per second). These images are then fed into a Matrix Imaging Library to create a 3D video, predicting the trajectory of the ball after hitting the pad. Since there’s still a margin of 5mm error, the concept of umpire’s call is also used. 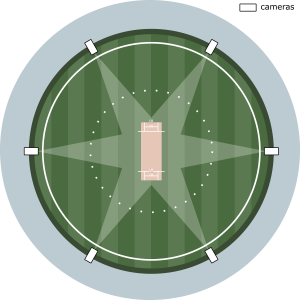 It is this combination of Ultraedge and Hawk-eye system that the ICC use to ensure that decisions are taken with utmost transparency and the correct call is made at the end of each event. Since its inception, there have been many revisions to make the system foolproof.

There’s no denying the fact that along with technology, cricket will continue to evolve in the coming years. So, it’s in the best interest of the game that while we preserve the tradition of this beautiful sport, we must also embrace the improvements that will have a telling impact on the players and spectators.